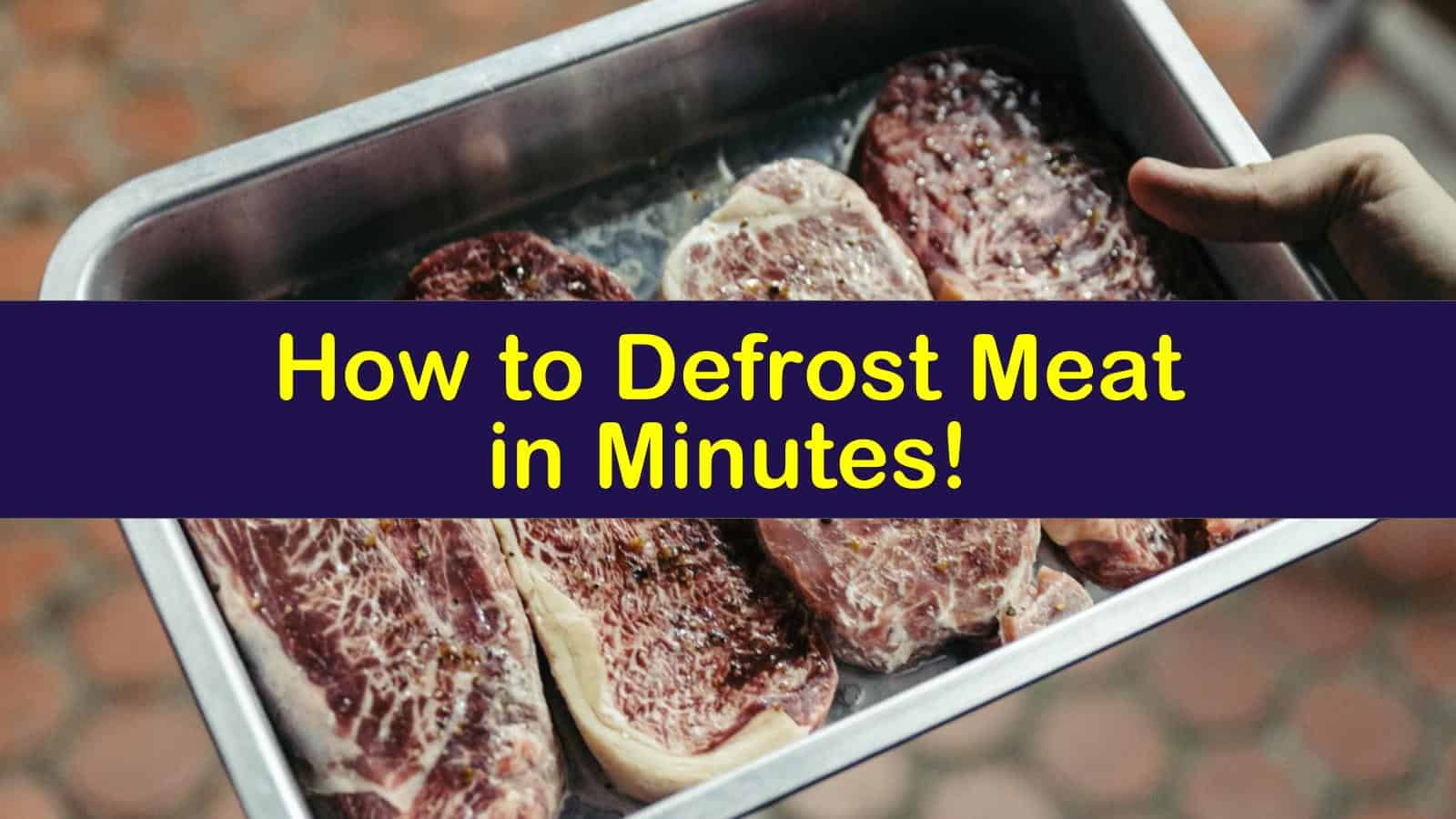 It’s dinnertime. You look in the fridge for that meat you know you took out of the freezer last night to defrost, and it’s not there. Even after checking in all the drawers and behind the milk, still no defrosted meat. With a sinking feeling, you open the freezer door. There is the meat, still as frozen as ever, and there is no way you can defrost it in time for dinner in half an hour or so. Time to break out the take-out menus. You aren’t making that particular dinner tonight.

If you cook on a regular basis, this has happened to you at least once. The go-to solution in this case if you are determined to make the dinner you set out to make is to defrost the meat in the microwave. However, it doesn’t matter how careful you are, you will cook the meat (unevenly) a little with that method, and it is unbelievably easy to cook it a lot. Not to mention, it’s rare the microwave ever defrosts (or cooks for that matter) anything evenly, so you will have still mostly frozen bits of meat, cooked bits, and every stage of thawed in between.

There is another way to salvage your dinner without using the microwave, however, and it only takes minutes. No longer than the microwaving method and in some cases less time. The meat will be evenly thawed and appropriate for frying, searing, or baking. Just check out the how-to in the video.

Don’t forget, this trick only works for small cuts of meat. Thick or large cuts, like roasts, will not be thawed in only a few minutes and can begin to cook, causing bacteria to develop. However, for your standard chicken breasts, pork chops, steaks, and the like, this method is vastly superior to microwaving or trying to cook the meat while it’s frozen, which is definitely not recommended.

Also don’t forget, despite the opaque color of the chicken after this method of thawing, the meat is essentially uncooked, so you don’t want to treat it as if it was partially cooked.

Although you can just estimate the temperature, a thermometer is recommended for this method, so the water is not too cool (the meat won’t thaw quickly and may begin to cook) or too hot (the meat will cook as it thaws). Kitchen thermometers are not generally expensive and can be picked up at most grocery or appliance stores or ordered online. Of course, thawing your meat in a hurry won’t help boring or bland meals.