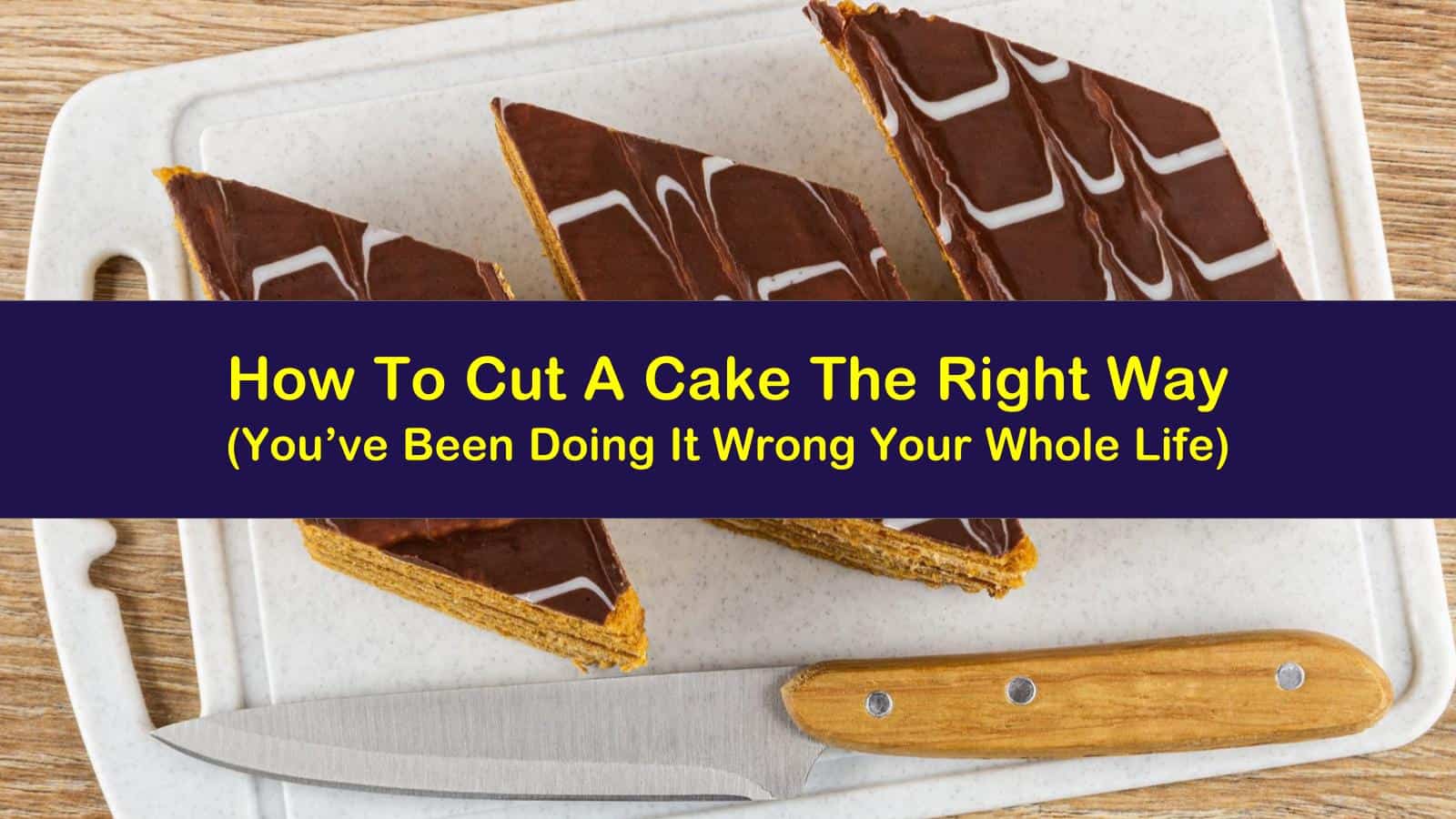 Did you know that there are bad ways to cut a round cake and that the traditional way to cut a cake is actually a poor way to go about dishing out this delicious dessert? It will come as a surprise to most people that how they have always cut cake is not the best way to do it, but it’s true. And the person who determines the best way to cut a cake was actually a British mathematical scientist, Francis Galton, not a culinary arts expert.

But how can a mathematician know anything about food, you ask? Well, think about it. It’s not the food itself he is analyzing, it’s the fractions of cake being cut. Thought about that way, it makes perfect sense it would be a math guy who came up with a perfect way to cut a cake. After all, cutting portions has a lot to do with math, just with math, you don’t actually need to figure out with equations (usually).

The amazing part is this method has been around since 1906, and an actual paper on the subject was published in a science journal at that time. This method isn’t as necessary when you won’t have any leftover cake, but for those of you who stick cake leftovers in the fridge for a day or two, you will definitely want to check out this method.

The worst part about leftover cake is the crusty bits where the interior has been exposed to air and dried out, and saran wrapping it means all the icing ends up on the saran wrap (and let’s be honest, the icing is the best part). So, isn’t this a brilliant way to keep those cake edges from getting all crusty? And it really doesn’t seem any more difficult than cutting a cake in the traditional way.

Plus, uniform pieces do seem preferable to the awkward wedges. That’s one of the pluses of a sheet cake, isn’t it? You get nice, square pieces from it. If you use a rubber band as he did, be sure it’s a new one, not one reused off your Sunday paper, or if it is recycled, that it has at least been thoroughly washed.

If you are interested in seeing the paper that explained this interesting cake cutting method, it can be found here. Also, the extra three minutes of footage from the talk can be seen here. Think you’ll try to cut a cake like this from now on? I know I’ll try it at least once to see if the benefit of the non-crusty cake outweighs the awkwardness of pushing cake pieces together.